Dean started DJing Pubs & working men’s clubs at the age of 17 in 1980, and within 3 years of doing the local London circuit he became recognised as an obvious choice as a wedding DJ. By 1985 Dean was a regular DJ in all the top music Bars & Clubs across London playing the upfront Soul Funk & Disco music that was big at the time.

In 1986 Dean started to present radio shows on various Radio stations in London including Horizon radio / Kiss FM & Chicago FM. Dean was also the warm up DJ for Tony Blackburn & the late Steve Walsh for the Radio London Soul Night Out in 1986.

1988 saw a change in direction for Dean when he went to live in Salou in Spain & worked as an Entertainment manager & Compere of a luxury 4* Hotel where he stayed until the autumn of 1992. Upon Deans' return to the UK he set up an entertainment agency and was back on the Radio scene.

Dean was also head DJ & entertainment Manager of the prestigious Bon Bonne Nightclub in south London from 1994 where he remained until 2002, putting in place the DJ lineup & booking UK & international artists for performances at the club as well as DJing at various venues in London & the Old Kent Rd. He presented a regular show on Fusion 107.3 FM from 1999 until 2002.

Dean was also a presenter of the famous Old Skool Sunday radio show which he originally brought to Kent’s 95.6 BRFM on the Isle of Sheppey, The show was a Global show which was taken by 21 Radio Stations in 4 Continents, where he played the best mix of 70s & 80s Soul Funk & Disco anthems remakes of classic anthems & some of the big new tracks that fit into that music gender

Dean’s first radio gig came on Horizon radio in 1985 as a stand in, nothing really came of that, then in 1986 Dean became part of the Chicago FM team playing the new brand of House music that was emerging which continued until mid-1988.

Due to circumstances beyond he’s control Dean was forced to retire from DJing until early 1993 when he reinvented himself as Dean Alexanda, & was very quickly back on the scene & doing regular radio shows on Sunrise FM &rude Girls FM. After taking part on the Kiss 100FM competition Pirate 100 & becoming the runner up to Steve Facey, Dean knew where he’s career path laid, never being given the chance to join Kiss 100 FM, Dean created the radio station that was to become a thorn in kiss 100 FM’s side Juice 94FM.

Juice 94FM became the biggest unlicensed radio station of the 90's & ran from 1994 till 1998 the station then changed direction & shut down as a pirate radio station to apply for a licence & also ran nightly programs on the Spanish national radio station Onda Sero live from their premises in Croydon London. The licence bid was unsuccessful so Juice FM London as it was now called decided to shut its doors for the final time.

Dean continued DJing at he’s weekly residencies the Bon Bonne & the Frog & Nightgown till he retired from the industry in 2003. But because of Deans love of radio it wasn’t going to be long until the passion re-emerged itself & in 2012 Dean was to become a regular Presenter on Kent’s BRFM, until deciding it was time to concentrate on producing, presenting & delivering he’s radio show Old Skool Sunday ,around the globe, the journey ends 2020 RIP DEAN 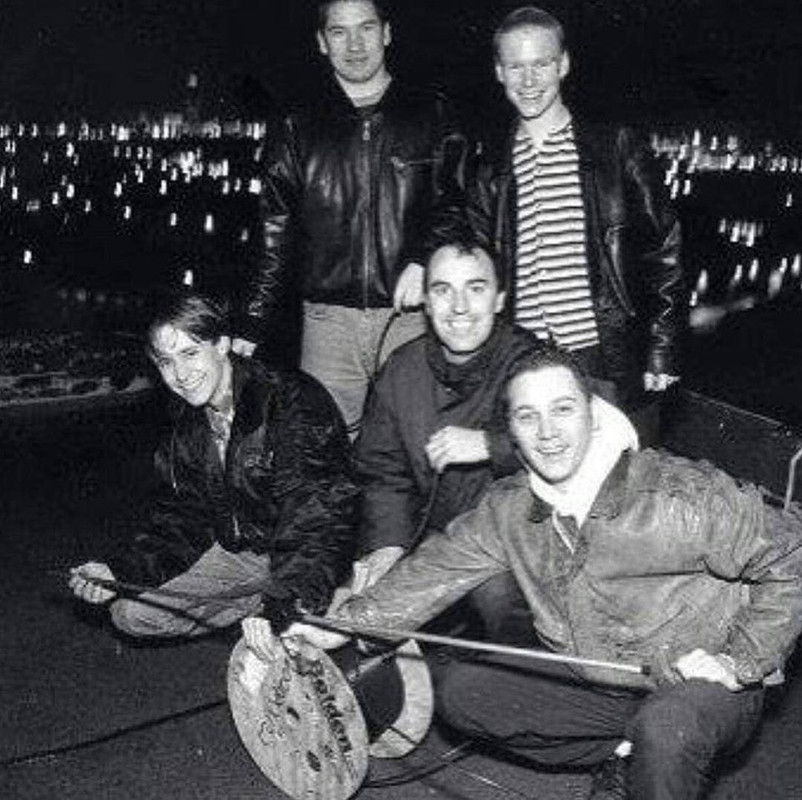 4therecord
no manz can test innit

Re: R I P DEAN ALEXANDA

Terrible news, very sad.... for all those who knew him... he will always be remembered for sure for his contribution to the scene, not just Juice but his shows across many stations ... absolutely no question of that.... R.I.P Dean
Top

Re: R I P DEAN ALEXANDA